The problems with ZGE on Android is split into new topic here: viewtopic.php?f=9&t=1368
Top

I'll have a few tweaks to make because debugging the collision engine while the collision shapes are invisible is quite difficult.
Now I'm going to work on music and sounds. I'm quite interested in SunVox. I'll start by adding it to the game and testing it on various Android phone before putting my hands into a new trap

Playing with music using Sunvox is a blast. I really like the Mega Man NES / Amiga Demo Maker feel about it. And I was wondering if it would be better and simpler to use SunVox for sounds FX too.
Because, appart from the laser and the power up sounds, I didn't managed to get something good with ZGE internal sound system, as the UI isn't that clear...

Are there any ZGE projects that are already using Sunvox, for SFX so I can ear how it sounds ?
www.txori.com
Top

I released a new version of Omeganaut with temporary musics in order to program the sound mixer. I didn't use Sunvox for the SFX because I didn't find a clever way to make it work for that task. But surprisely, the music is covering the sound enough so the explosions are way better now

Now I'm working on the sky colors to be a bit less random. I wrote a quick #334d50 to RGB function, but now I'm having this problem:
intToStr(0x0f) and intToStr(strToInt("0x0f")) are not giving the same result. Is that normal?

. It only supports simple integer decimal strings like "42".
Top

Ehm .. it's super easy, you can simply trigger notes using the sv_send_event function. Attached is a example ( use left-mouse-button to trigger sound ). Do keep in mind that SunVox is ( generally ) a lot more computationally taxing compared to ZGE's sound engine.

As Ville mentioned, the built-in strToInt only supports decimal values. So, here's a quick & dirty function that converts decimal ( integer-only ) / binary / octal / hexadecimal strings into a integer ( no error checking, so make sure to pass valid strings ).

Thanks for the explanations and the good examples

Send me both your postal address, so I can send you bottles of wine

So I made a new release with a shaky-shaky hyperspace:

Now I have this weird bug on Android Nvidia Shield TV: the gamepad is acting like a mouse. Nothing have changed in my game regarding gamepad input. Making a game is hard when every major companies are breaking things in your back...

Anyway, I think I'm going to make a boss fight for the next release


Ats wrote: ↑
Thu Mar 07, 2019 5:58 pm
Now I have this weird bug on Android Nvidia Shield TV: the gamepad is acting like a mouse. Nothing have changed in my game regarding gamepad input. 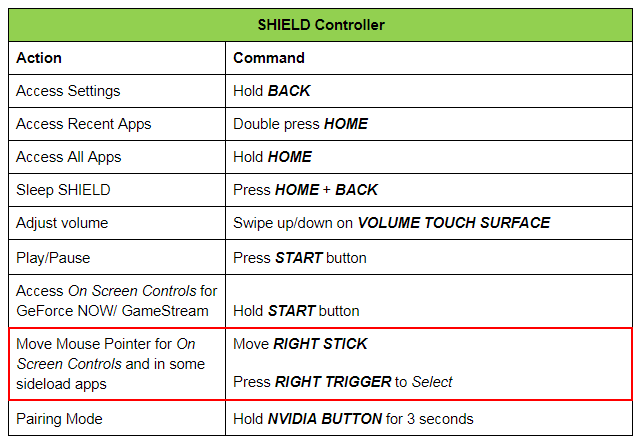 That's the one. But the game was designed from the start to work with a gamepad (since the OUYA and Rado1 gamepad lib in fact), way before I added virtual gamepad buttons for touchscreen. The android manifest is targeting Android TV and everything was working smoothly until Nvidia last update. I'll dig that this weekend

New version today with the very first boss: LOTUS. I'm quite happy with this one

New version with a lot of debug and a brand-new bonus stage filled with a bunch of old foes:

I'm still trying to find the bug where a ZGEBullet rigid body is not destroyed when his parent model is removed, leaving an invisible obstacle in the middle of the field... Very hard to track since it is transparent

I'm still trying to make the gamepad to work under Android. So I tried pluggin my xbox360 controller on Windows and it's not working either.
I'm pretty sure I could play Omeganaut with my xbox360 controller before. So I searched for a project that claimed to work with that one. And Vector Locust says it does. But my controller is not working at all in Vector Lust. Even if it is recognized by Windows' joy.cpl and it's working on other games. Just tried Delver and No Man's Sky.

But I have another old gamepad and flightstick that works well with ZGE. That's really weird. So either my xbox360 is kinda broken, or Windows made something in the background of Windows 10 relating their gamepad?

Can someone with an xbox360 gamepad test my game or Vector Lust and tell me if it's working?

Edit:
I just tried vectorllust.exe and omeganaut.exe on linux using Wine, and the xbox360 gamepad is working fine. What's going on with Windows?

Edit 2:
So it seems that the gamepad don't work on USB3 port for some reasons with some exe files. And I only have USB3 on my Window computer

YES. Thanks for testing

Good to know. I feared that it wasn't working everywhere. Then I'm just going to format my PC at some point